Five months ago, Peter, Herridge's infant son, was in desperate need of a liver. The family came to Children's Hospital of Pittsburgh. When tests determined that his mother was a good match, she donated a portion of her liver to her baby.

Now back on the air, Herridge, Fox's homeland defense correspondent, is sharing her story as a way of giving hope to other families facing a similar medical crisis.

"I had no idea until I was in this situation that there was such a shortage of organs, especially for small children," said Herridge, 42. "I look at Peter, and he is pink and he has big fat cheeks and he has five teeth coming in, and I cannot believe that my liver is inside him and that's why it's happening."

Peter was born in December with biliary artesia, a rare chronic liver disease in which the bile ducts are blocked, causing progressive damage to vital body functions.

In April, Peter, his parents and 2-year-old brother, Jamie, came to Pittsburgh, where the baby was placed on the transplant list. At one point, Herridge said, the family thought a liver might be available for Peter, but it went to a child who was even sicker than he.

In May, his mother was screened, and doctors determined she would be an ideal candidate for a living donor transplant. Still, they wanted to wait until the beginning of June to see if a donor liver would become available.

"In our case, the ideal situation is one where a parent can donate because genetically you're so close," Herridge said.

But there are other factors as well. The donor must have a matching blood type and he or she must be in good health and of compatible size. Despite the obvious difference between adult and baby, Herridge, who is 5 feet, 4 inches, is closer in size to Peter than her husband, JD, who is more than 6 feet tall.

On June 6, surgeons at UPMC Presbyterian, in a seven-hour procedure, cut a footlong incision and removed 20 percent of Herridge's liver. It was then taken down the street to Children's Hospital and implanted in Peter during a 10-hour surgery.

"I remember when I woke up, the first thing I asked the doctor was, 'Did you get my liver, and did you give it to Peter?'" she recalled.

"Actually, the data suggests that a living donation may be even the best option, particularly for a very small child under age 1," he said. "Despite the fact that's technically challenging to do, those livers function very well."

Children's Hospital does about 50 pediatric liver transplants a year, Dr. Mazariegos said. Thirty of those involve only the liver; 20 include both liver and intestines.

Like all transplant patients, Peter must take an anti-rejection medicine, and for the first three months he needed monthly lab checks. Now, his Pittsburgh doctors won't need to see him for another three months, Dr. Mazariegos said. If everything checks out after that, he will undergo annual checkups.

"We're very excited that he has a prognosis for an excellent long-term recovery," Dr. Mazariegos said.

Herridge can see the evidence of that. "He is really a lot healthier today than he was three months ago," she said. "He's growing well. He was happy before; he's super happy now."

Peter, who spent a third of his life lying on his back in the hospital, has a little catching up to do to reach the developmental level of his fellow 9-month-olds. But he is trying to crawl now, she said, and by the time he's 18 months, he should be pretty much caught up.

During the ordeal, Fox's Greta Van Susteren aired her colleague's story and kept viewers updated via her blog.

"We do so many stories that are very distressing, war, murder, missing people," Van Susteren said. I'm immensely impressed by what modern medicine can do for catastrophic things."

She said she began to hear that Peter might have a medical problem after her co-worker didn't return as scheduled from maternity leave. The two newswomen talked, and Herridge told Van Susteren about the option of donating a portion of her liver to her son.

"When she finally found out she could do something, she was full speed ahead, no question about it," Van Susteren said.

The broadcast garnered a lot of response from families with children in the same situation, many of them unaware that a living donor transplant was possible, she said.

"I also continue to hear from families whose children have liver disease and are facing transplants," she said. "I've spoken to some of these families and corresponded with them."

While the operation was a success, Fox news editors had discussions about the possibility of a not-so-good outcome. "Some of it was done without me present, I found out later," Van Susteren said. "My view is that even if it hadn't turned out well, I was still inspired."

She said she was stunned by how hard the doctors and nurses at Children's worked and how dedicated and caring they are.

"When I was in the hospital with Peter, talking to the surgeon the day before, when no one was looking I saw the surgeon stroking Peter's head and how much he loved that child," Van Susteren said. "I knew these doctors day in and day out are saving lives. I had such faith in them even if we'd have an unfortunate result I still knew the story would be important for others."

Herridge said her colleague deserves a lot of credit for doing the story and encouraging people to make donations to the UPMC transplant fund. She said the hospital uses the money to help families buy anti-rejection medicine.

She said that she continues to get e-mails from people who've had transplants and encourage her to hang in there during that tough first year.

"I really feel more fearless in a lot of ways now than I did before," Herridge said.

"You cannot confront the possibility that your child can die and that you have to put yourself at risk to save them without being changed. There are not many things that would faze or frighten me now." 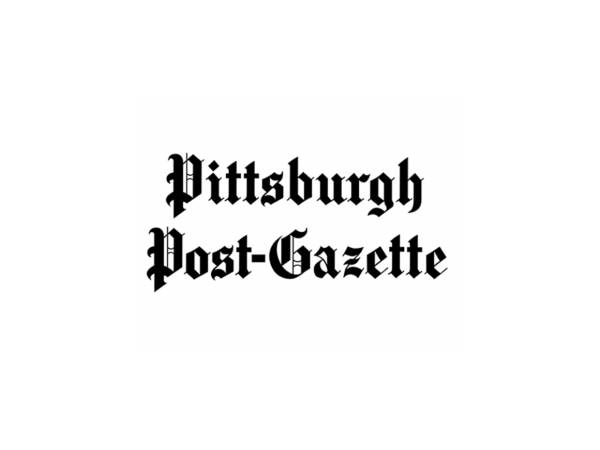